Your information has been submitted to our team, and someone will reach out to you shortly. 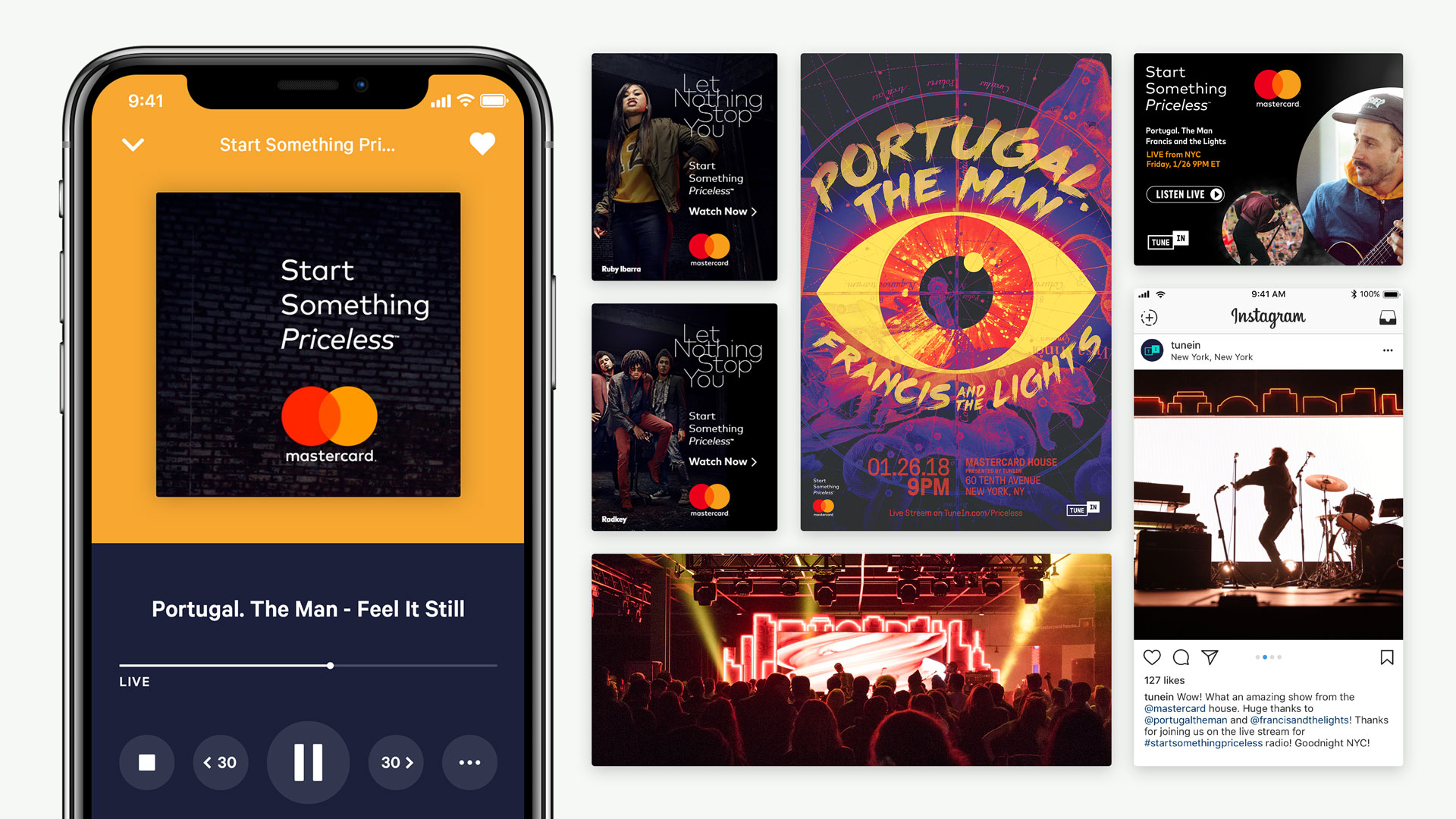 Anyone can book artists. So, TuneIn did just that, booking Grammy nominated rock band Portugal. The Man and buzz-worthy, emerging artist, Francis and the Lights. TuneIn didn’t stop there, the partnership was centered around Start Something Priceless™ Radio, a human-hosted station expertly curated with tracks from Grammy nominees past and present. The station also featured live DJ cut-ins, native Mastercard messaging throughout, and an exclusive stream of the Friday night concert live from the Mastercard House.

TuneIn helped bring Mastercard cardholders closer to the music and closer to the artists they love. Whether you were one of the 400 cardholders lucky enough to get into the event or one of thousands that listened live from their homes, cars, and/or connected devices… this partnership truly offered something priceless.

Oh, and Portugal. The Man… they won their first Grammy two days later.

TUNE IN
FOR BRANDS

Wherever you are, whatever you want to hear, Hear Here.